Screen Time for Young Children: How to Strike a Balance 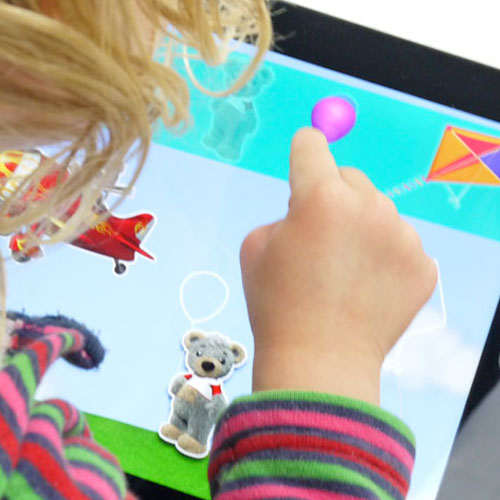 Technology is hard to say ‘No’ to

I just read that Pink won’t let her 10-year-old daughter get a mobile phone, despite the fact that most of her peers have one. Go Pink – I applaud you on your conviction! My husband and I have experienced the constant pestering of my own 11-year-old daughter for a phone. We only recently relented and got her one because she started high school and for the first time is walking to school alone. We are still saying no to TikTok, SnapChat and all the other social media that many primary school aged children use now.

That’s the thing with technology, it’s difficult to completely ban it, especially when it’s such an integral part of our modern lives and as parents we use it ourselves. But what is important is setting boundaries and limits for our children.

Why should screen time for young children be limited?

The more exposure young children have to screens, the more they want – just like adults. I most certainly have spent way too much time scrolling through Instagram and Facebook. Digital technology is addictive.

Behavioural research has shown that the more time young children spend with screens, the more they watch later on, and the more difficulty they have turning off screens as they become older.

UK psychologist Dr Aric Sigman believes that a generation of children is developing a lifelong habit and in some cases dependency on small screens because of over-exposure in childhood.

”Digital natives, those familiar with computers and the internet from an early age, have a higher prevalence of screen-related ‘addictive’ behaviour that reflects impaired reward-processing and impulse-control brain mechanisms.”

Sigman’s findings are relatable, as I have most certainly noticed changes in my children’s behaviour after a longer screen time session. They become more irritable, moody and sensitive.

What are the health risks associated with screen time?

Besides behavioural effects, there is also evidence that suggests extensive screen time is linked to problems for children including childhood obesity, sleep disturbance, visual issues, motor development and social wellbeing.

Screen media exposure is one of the best-documented causes of obesity in children. The reasons for this vary from screen time replacing physical activity to the impact of advertising to sleep reduction.

Sleep can be adversely affected by screens. Exposure to blue-light emitting devices should be avoided for at least an hour before bed as they can interfere with the body’s circadian rhythms. What’s more, content consumed on screens can stimulate children’s emotions (ie. scary, dramatic or exciting) which leads to greater sleep disturbance.

According to a study in BMC Ophthalmology there has been a worldwide increase in myopia or nearsightedness. They attributed this to children spending more time doing close-up activities such as interacting with screens rather than spending time outdoors. Other symptoms from looking at screens too much include eye strain, headaches and blurred vision.

Another aspect of life that screen time reduces is time for social interaction. Instead of engaging in imaginative play or conversations with others , activities which develop young children’s social skills, children are engrossed in screens.

With all this in mind, screens also have benefits. A study published late last year in PlosOne, concluded that increased screen time is unlikely to be directly harmful to 9-and-10-year-old children. In fact they discovered positive outcomes such as stronger peer relationships. Social media and online gaming provide opportunities for children to find and interact with like-minded friends. Furthermore, screens can deliver educational content and be used as tools for creativity.

How much screen time should I give my child?

This may seem a rather rigid rule (and one I admittedly broke with my babies) but the earlier you can embed healthy media habits the better. Instead of giving your baby your phone when you are out shopping, why not play some music or a song for them to bop along to. If you are a member of The Bubble Box you could play a song from my Music Program for Babies.

Providing a balance between screen time and active play

The main drawback of screen time is that it takes away from other activities known to be more beneficial to children’s growth and development. Here are some tips for striking a healthy balance:

It is clear that the best thing we parents can do is to use our judgement to strike a balance for our families.  As long as children are spending plenty of time engaged in other types of play, then there is a place for technology. After all, we live in a digital world.

← 3 Ways Young Families Benefited from Music During the Covid Pandemic 3 Ways to Give Your Baby a Head Start: Advice From a Teacher →